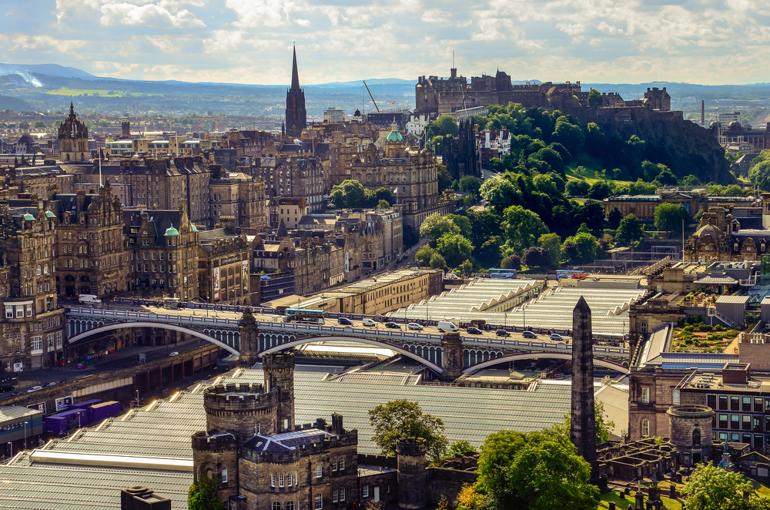 Hometrack has released their newest UK Cities House Price Index, revealing that Edinburgh is the fastest growing city at a rate of 6.7%, overtaking Manchester at 6.5% and Birmingham which has a growth of 5.9%. the index identifies that the city house price inflation is currently running at 4.9% per annum, down from 6% last year.

Prices and sales volumes for housing sales has increased over the last quarter compared to the previous 12 months. the quarterly rate of growth is at its highest level for 14 months and continues to rise. The increase in sales could be due to households delaying purchases earlier in the year due to the General Election.

And as always, Hometrack put together their 20-city index of annual growth changes. Aberdeen has a recorded -1.8% year on year change for 12 months ago, the worst regional growth analysed. The average property price in Aberdeen is currently £173,000. This is the smallest variation of growth since July 2015 and is due to a marked slowdown in price inflation across all cities in southern England. Edinburgh recorded a 6.7% annual growth, with house prices averaging at £219,000. Manchester had the second largest year on year growth with a 6.5% increase, with properties averaging at £156,800. London experienced an annual rate of price inflation at 2.3% – considerably down from the 8% annual average growth rate since 2010. Average property prices in London are recorded at £493,800. However, there are six markets where house prices are falling, particularly within London. Areas such as Epping Forest saw a 4% growth, compared to Gravesham which has a -5% annual growth. 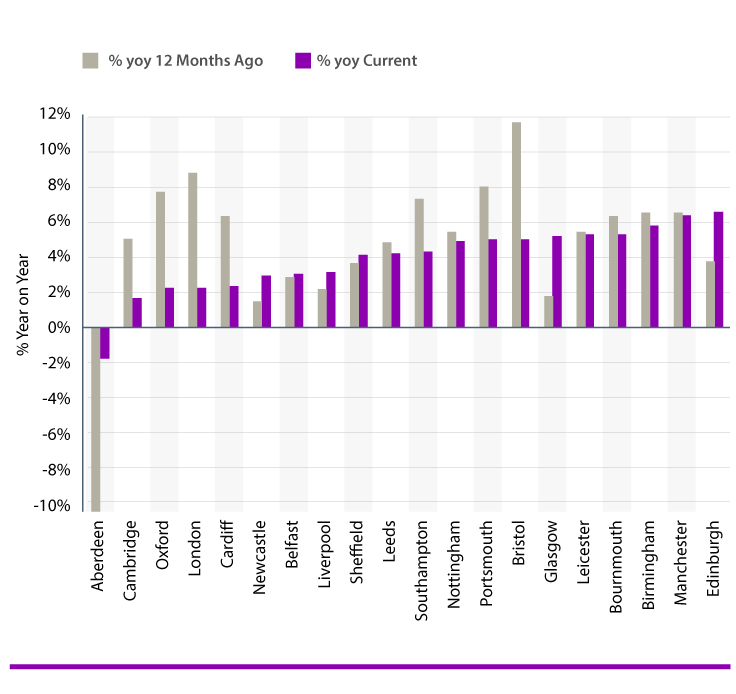 Scotland is continually out-performing housing sales, with Edinburgh cited as the fastest growing city. Residential transactions data from HMRC has shown that there was a 20% increase in the monthly run rate of sales over the last quarter. Glasgow has a notable marked increase in the rate of house price inflation, which was 1.8% a year ago and is now 5.3%. 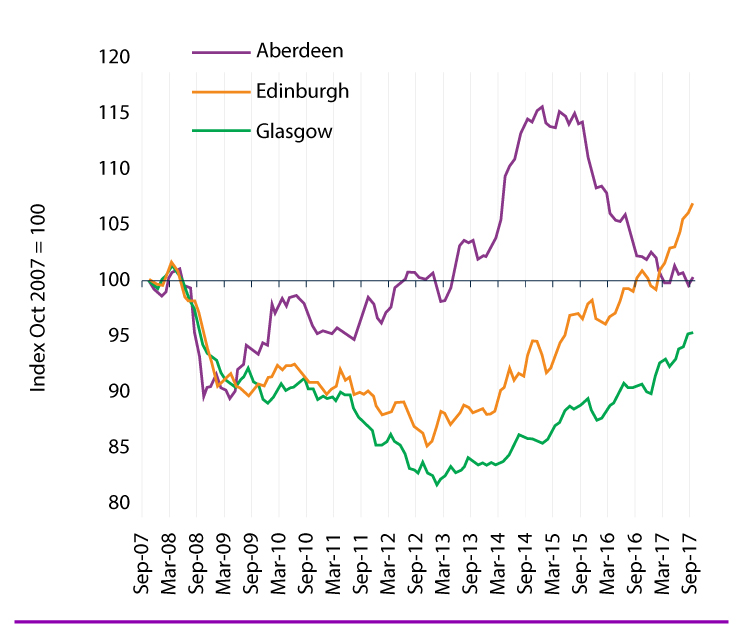