How To Make Sure Your Home Insurance Policy Isn’t Invalid 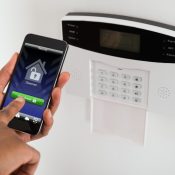 The insurer, LV, recently denied a family’s £6,000 claim after suffering a break-in and robbery of their home, after the insurer had changed its terms. So although they had home insurance, they were not covered. The Guardian reported that the reason this family were unable to claim was because they didn’t have an alarm. They felt it was unfairly turned […]