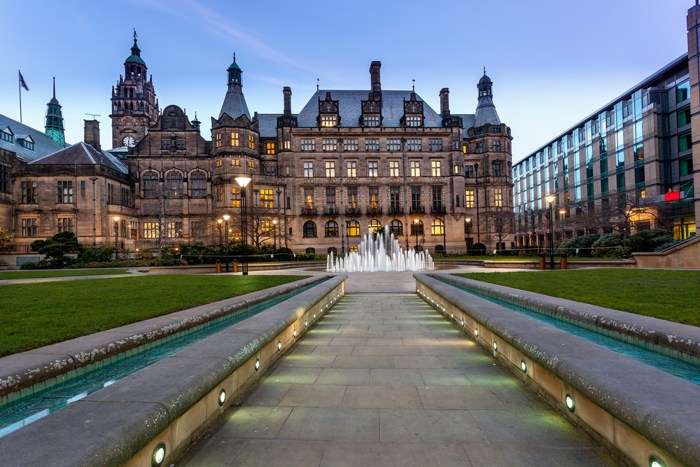 Homebuyers, forget London, Oxford or Bristol! We have decided which cities in England are the most underrated and have given the pull factors as to why this should not be the case. We have included average property prices, schools, jobs, connectivity, scenery and culture & entertainment as our categories.
Would you choose to live in any of these cities? If your immediate answer is no, perhaps this article will make you consider buying a property in one of these 5 underrated cities…

The stereotypes of Birmingham as a boring city whose inhabitants speak with an unfortunate accent may mean it is not your first choice when choosing where to live. However, with more canals than Venice and 570 parks, perhaps Birmingham is somewhere to consider, and with the ongoing ’20-year Big City Plan’.
it’s only set to improve and become a prime location for homebuyers.
Average property price:

Rightmove puts the average price of  semi-detached house at £176,116 – 31% less than the equivalent in the capital.

There is an abundance of good schools, so plenty of choice for your children. The most highly sought after schools are Thornton Primary School and Moor Hall Primary.

Birmingham is often cited as the second economic capital of England, after London. It’s renowned for it manufacturing and engineering industry, providing a number of quality jobs.

The journey time to London is currently 2 hours, and to Manchester 1 hour 40 minutes but the construction of the HS2 rail link will shorten the Birmingham to London journey to just 49 minutes.
Scenery: With its network of canals and parks Birmingham has a lot of attractive locations and also has the largest nature reserve in Europe! It has a number of quirky buildings and a 20 ft. structure of an iron man… What’s not to love?
Culture & entertainment: Birmingham is becoming quite well known for the wide variety of cuisines available. It has the most Michelin starred restaurants in an English city after London. For highbrow culture, it’s home to the Birmingham Royal Ballet and Symphony orchestra. 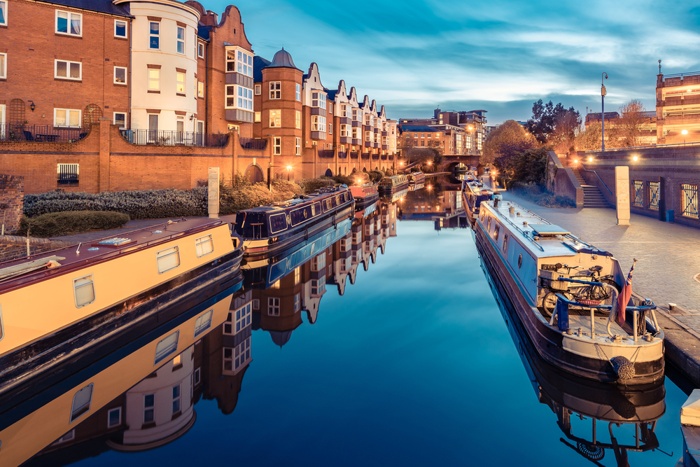 Reading isn’t the most picturesque place in the world and is best known for its annual music festival in which thousands of music lovers flock to every year. However, in 2015 PwC and Demos voted it the best place to live in the UK and it is only becoming more popular. Here you can live a good quality of life in a booming financial and IT sector city that is still far more affordable than London.
Average property price:

As the popularity of Reading grows, semi-detached properties now average at £368,902.

Reading and Kendrick schools are some of the top in the country. There is a number of high quality primary schools.

The IT and technology sectors are booming in Reading. Hewlett- Packard, Sage and Intel all have offices in the town.

Connectivity: London is a mere 25-minute commute by train – perfect if you work in the city. With the inclusion of Crossrail, Reading and Berkshire will become even better connected to the capital.

Caversham and the area around the university are arguably the most attractive. For outdoor pursuits, Reading is surrounded by some nice parks including Basildon park (National Trust) and the ancient Silchester roman walls are worth checking out.

Famous for the Reading festival, it has a vibrant nightlife and music scene, with notable venues and bars such as The Rising Sun Arts centre, Pau Brazil and Malika. It has a number of major high street chains as well as independent shops. It is also home to the Reading museum. 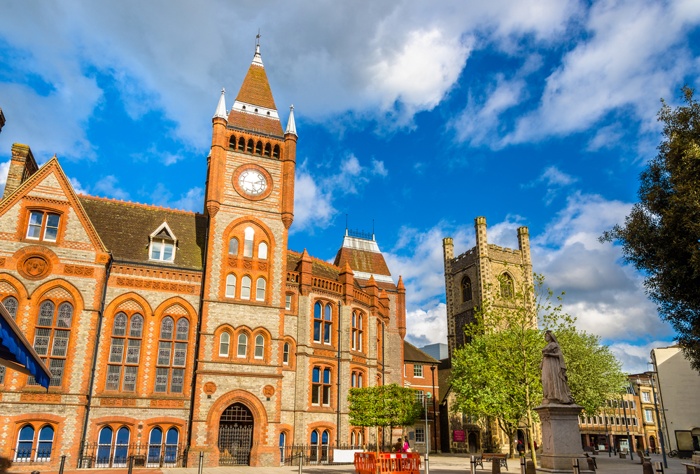 Nestled slightly south of popular Manchester and Leeds, Sheffield may not be the first Northern city you would consider living in. However with it being just a stone’s throw from the beautiful peak district, if you like the great outdoors Sheffield may be your ideal spot. Plus, it was rated the happiest city in the UK!
Average property price:

Rightmove put the average price for semi-detached properties at £170,765.

Sheffield is reported to be one of the fastest growing cities outside London for office and residential space. It is a hub of technology, sports and public sector jobs.

1 hour by rail to Manchester (plus, the train ride is very scenic).

The Peak District, England’s first national park, is right on your door step. If you’re a walking enthusiast or a rock climber, Sheffield is the perfect city for you.

The city which gave us the Arctic Monkeys and Pulp has a lively music scene with a number of music venues, nightclubs and theatres (such as the Lyceum and Crucible). If you enjoy shopping, then Sheffield has several vintage and quirky shops on offer. 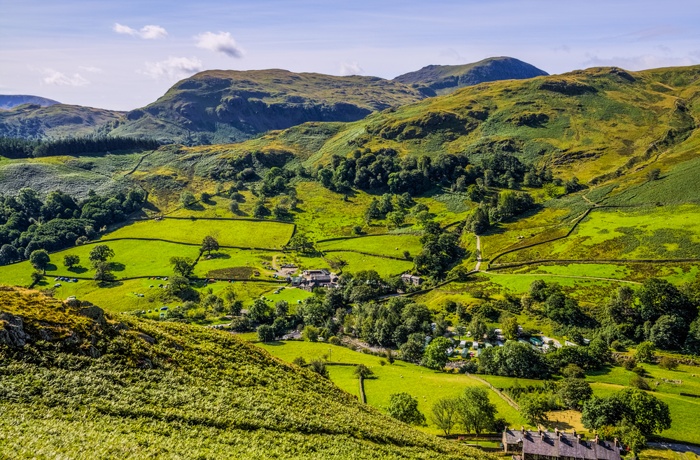 Lincoln is a small, sleepy city that doesn’t get mentioned very often. However, with its historical beauty, good prices and heritage sites, it was voted best place to live by the Sunday Times. Why not switch wide pavements and busy roads for small cobbled streets with quirky independent shops?
Average property price:

Many schools in Lincoln have far exceeded the national average and there is a good selection to choose from. The Priory Academy LSST, the top secondary school of the city and Hartsholme Academy primary, a competitive primary are two of the best.
Jobs:

The main employment sectors in Lincoln are; public administration, education and health, which account for 34% of the workforce. Distribution, restaurants and hotels account for 25%, and tourism is a growing industry, as is the IT and technology sector.
Connectivity:

London is just 1 hour away by train.
Scenery:

Lincoln is a historical city with a beautiful cathedral, which was built in the 12th century and was for a brief period the tallest building in the world. It is known for its pretty cobbled streets and timbered buildings. It certainly isn’t an eye sore!
Culture & entertainment:

Lincoln has a number of good bars and pubs and there is always something going on, from the annual sausage festival to its book festival. 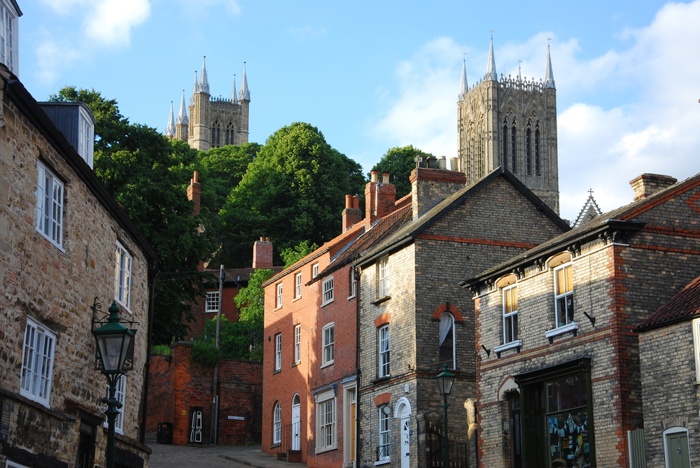 Newcastle may be known as that small cold city up North which gave us Cheryl Cole, but in fact there is much more to it than that. It gave Sydney the inspiration for its world famous bridge and is arguably the birthplace of English folk music. If you want a small charming city with friendly residents and good house prices, look no further.
Average property price: Semi-detached properties sold for an average of £178,668.
Schools:

Again, a number of outstanding schools in Newcastle; St Cuthbert’s RC Primary School is top of the class  and for secondary schools George Stephenson high school is highly sought after.

Office, service and retail employment are the main sources of employment. Companies based there include Nissan, Arriva, Virgin Money and Greggs HQ.

Although it is a whopping 3 hours on the train to London, you can nip up to Edinburgh in just an hour and a half.

Stroll along Grey Street taking in the sights: the glistening River Tyne, the famous Tyne bridge and the stunning Georgian architecture, Newcastle is certainly a beautiful city. To top this off it is a ‘Carbon positive’ city. Carbon positive

Culture & entertainment: If you like shopping, Newcastle is home to several leading retail areas. For culture is has the Great North Museum and Baltic centre for contemporary art. It is home to the Theatre Royal and the Tyne Theatre and Opera house, along with a number of music venues. 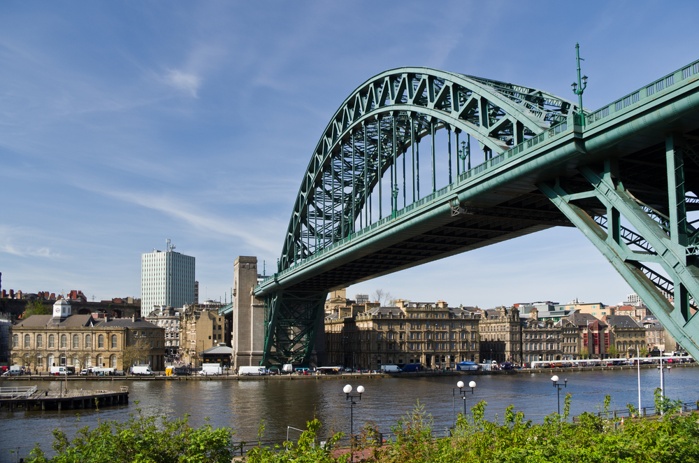 So there you have it. If you’re considering to move, and you wish to sell house fast, perhaps consider one of these five locations in England!