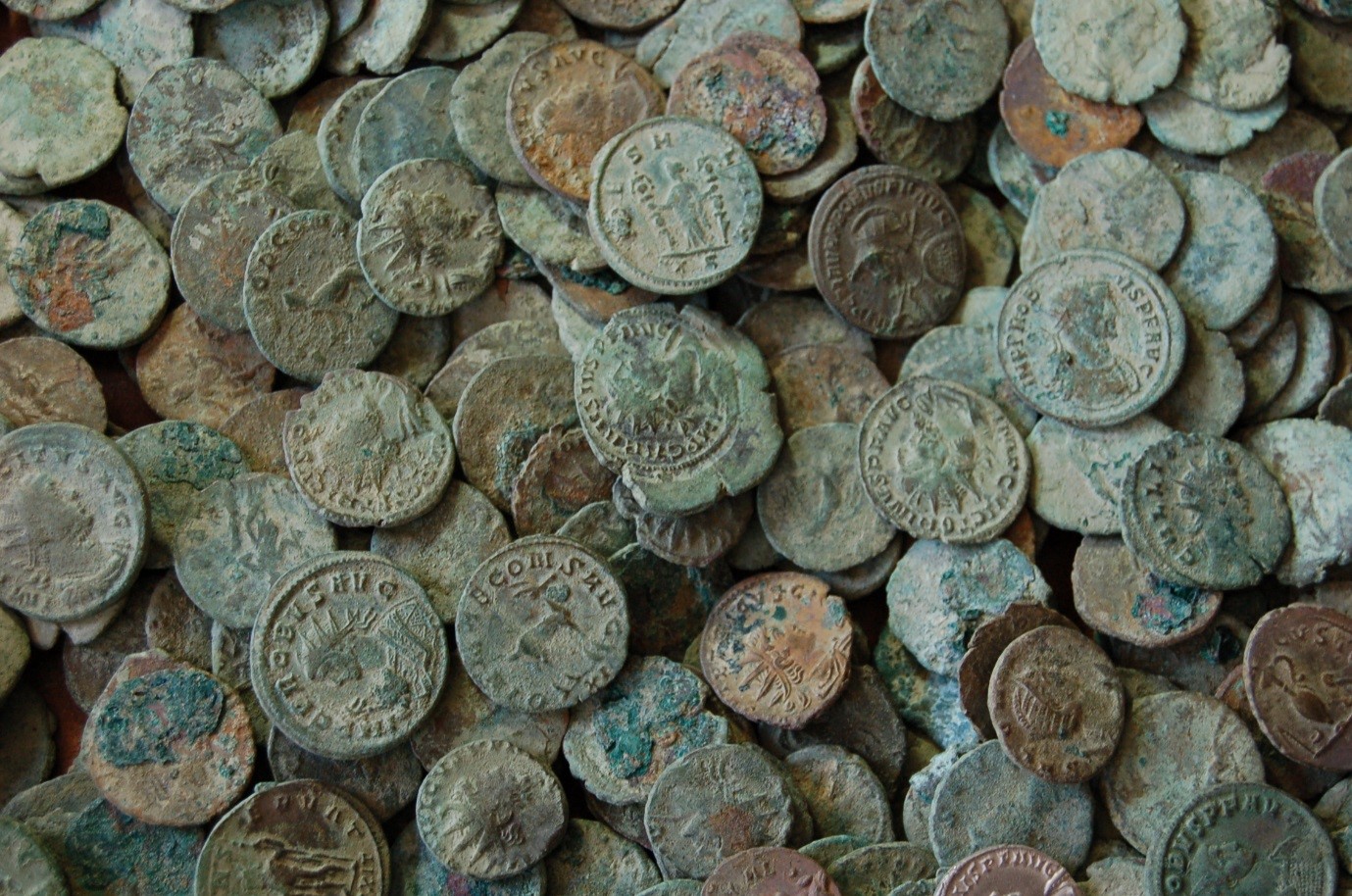 Ever wondered what treasures might lie just a few feet under in your garden? You’re not the only one. According to a survey conducted by the BBC, ‘fewer than 5% of discoveries are uncovered by professional archaeologists. Over 90% are actually unearthed by amateur treasure hunters armed with metal detectors.’ And, if you are in the East of the country, it would appear that you have a better chance than other counties when looking to uncover hidden treasures in your back garden. The study found that the location with the largest amount of discoveries was ‘Norfolk’. Other counties with a record number of discoveries included ‘Herefordshire, Buckinghamshire and North Yorkshire.’

So, if you were to unearth the turf in your back garden and dig a test pit of 1metre by 1 metre; what could you possibly find?
Surprisingly, people have discovered some amazing finds; from buried memory boxes, ancient coins, flints, medieval pottery, jewellery, bones and city ruins…the list goes on.
To ensure the best chance of discovering what lies beneath your plot of land; there is a technique adopted by archaeologists for the careful excavation of historic and fragile objects. According to bahsoc.org.uk, ‘individuals should dig down 10 cm at a time, noting and bagging their discoveries for each layer. Once reaching the bed rock (likely to be chalk or clay), or on reaching a depth of around 1.2 metres, you should stop.’ 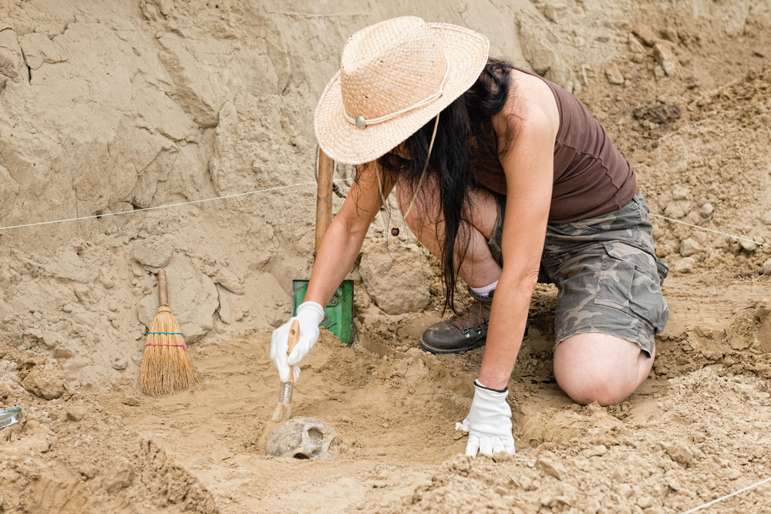 An old toothbrush: Due to the delicate nature of some historic finds. You should carefully uncover items via dusting away excess material, to minimise the possibility of damage.

Sieve: Gentle sieving of soft soils and sand can help to identify smaller objects such as coins and flints that may escape notice otherwise.

Trowel: Trowels should be used to gently work at harder clay and rocky materials deeper down.

Bags: On the discovery of an item of interest, you should seal it in a bag to keep it clean, well-preserved and minimise the likelihood of loss.

Notepad & Pen: It is important to document where you found your item of interest; just how far into the earth in terms of depth was the item discovered? If you are handy with a map and compass, it is worth jotting down the item’s co-ordinates so that you can map your findings as you discover them.

Gloves: Your hands are surprisingly acidic to delicate items. The use of gloves can help to minimise damage to the items and can help to reduce injury if you uncover sharp objects such as glass or broken pottery.

Magnifying glass: Optimise your chance of seeing some of the finer detailing on discovered items via the use of a magnifying glass. 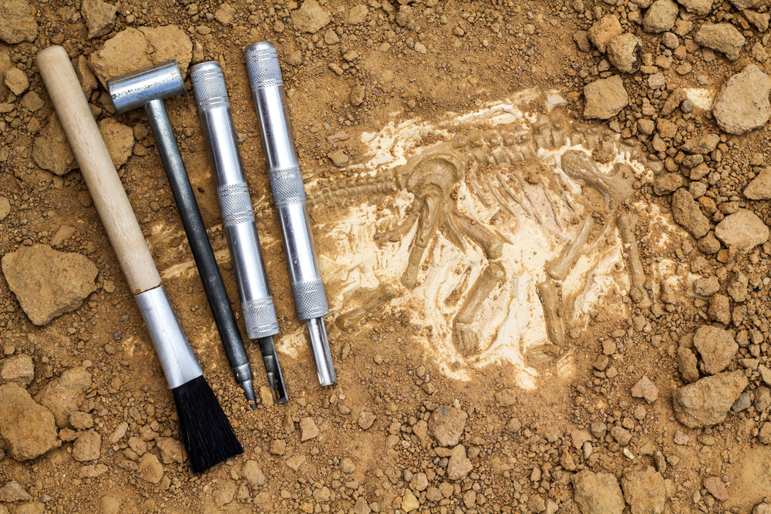 Likelihood of discovery: It is not uncommon to find some form of coinage in small amounts.

Approximate value: Variable depending on age, condition and amount discovered.
Laws vary according to the age of the item found. According to the Guardian, in relation to a find of modern day currency
‘The Association of Chief Police Officers says: "there are no laws that I am aware of governing what you should do with a find – it is down to your conscience. However, if an item can be traced as it includes information about the owner, such as a mobile phone or handbag, you should hand it in."
‘The law is different if the money you find is antique, however, as there are all sorts of regulations governing what you must do with significant finds. In England, Wales and Northern Ireland the Treasure Act of 1996 states that finds of gold or silver that are older than 300 years must be claimed for the crown, and reported within 14 days.’

What to do if I discovered: If your find falls in this category it will be independently valued, and museums have the option to raise funds to acquire the find and the money is divided equally between the finder and landowner. Discoveries of two or more precious metal coins of any age need to be reported, according to The British Museum. Scotland has a different set of regulations, as any archaeological find has to be reported to the National Museum of Scotland.

Likelihood of discovery: According to archaeology.wyjs.org.uk, ‘Pottery is probably the commonest find on most archaeological sites. In most circumstances organic material will decay and metals corrode. Potsherds tend to be more stable. For this reason archaeologists frequently use fragments of pottery as an aid to help them date their sites.’

What to do if I discovered: Take the artefact to someone who can identify the find for you. 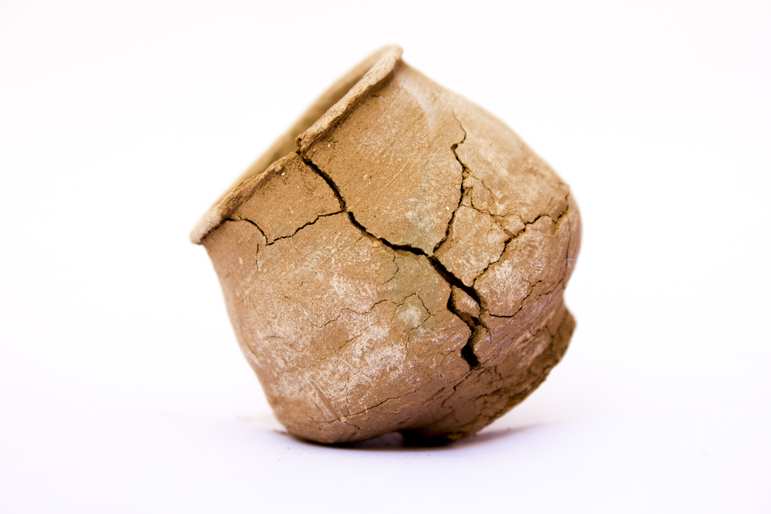 Likelihood of discovery: Not uncommon

What to do if I discovered: Take the artefact to someone who can identify the find for you.

Likelihood of discovery: Not uncommon. Some families used to bury pets and even relatives in quiet, peaceful places in gardens under a tree or such. Some famous historic figures have been discovered in the most unlikely of places. This was the case of the discovery of Richard III’s remains under a Leicester car park. According to the Independent, there is a possibility that ‘Henry I could also be underneath a car park in Reading.’

What to do if I discovered: If the skeleton is of human origin; Spoil Heap Archaeology recommends that, ‘the police should be informed to establish if the remains are recent or not. Part of the skeleton may have been removed for forensic examination before the archaeologist is called in. If there is any chance that the bones could be recent, the police may undertake an investigation. If not, the local human bone specialist will likely be called.’ 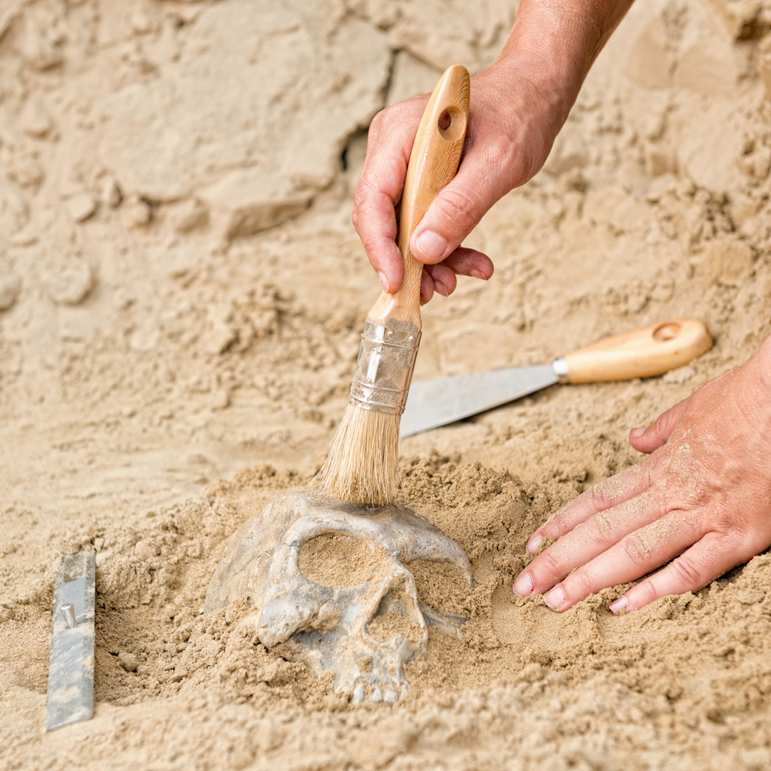 Likelihood of discovery:
Fossils – According to ukfossils.co.uk, ‘If you’re very lucky fossils can be found in your own garden. They can work their way to the surface occasionally, especially if the fossil beds are not very far down. Boulder clay is a layer containing such fossils which is no more than half a meter below the surface.’
Dinosaur bones – very unlikely.
Approximate value: Variable depending on the size, quality and rarity of the fossil.

What to do if I discovered: If you suspect the fossil to be a rare find or of particular interest; you should attempt to get it identified. Discoveringfossils.co.uk offers an identification service of most fossils. 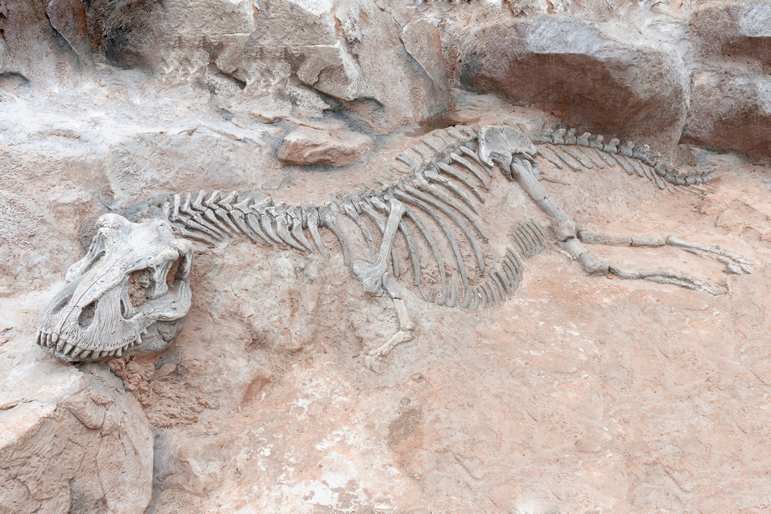 Could an archaeological discovery affect my ownership rights to my plot?

If you were to discover that your house and garden resides on an important archaeological relic that is of particular historic interest – would you own that relic and would you still have a right to your own plot of land? According to todayifoundout.com, in relation to the earth below your property,

‘Possessing land does not necessarily warrant your ownership of the mineral rights to it. It’s not uncommon for land and property rights to be sold separately. There have been cases where a huge deposit of gas under a home has been discovered and the owner; not in possession of the mineral rights, has been unable to prevent the owner of the mineral rights drilling for the gas.’
So what impact would this have on a property owner other than disturbing their peace?
‘Beyond the loss of money from that gas if you didn’t own the mineral rights, this can sometimes kill any property value your land may have previously had. In the UK, it is The Crown who is usually in possession of mineral rights, so may lay claim to; coal, oil, silver, gas and gold found on public or private property.’
So whereas it may be fun to undertake a mini archaeological project with the kids, where you unearth fossils, pennies and other such small miscellaneous items. It may be worth leaving bigger, more in-depth excavations for archaeological excursions!